A Wedding Photobooth, a Proposal and a Grey’s Anatomy Moment – Photo Booth Stories #12 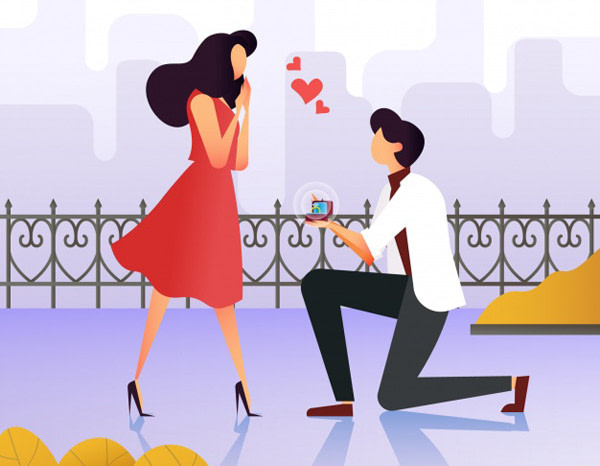 If you’ve been following us for a while, you’ll know that a wedding photobooth is one of our favourite parts of the business. We’ve been at it for years, and we still enjoy every wedding we attend. The story we’re telling today (one of many photo booth stories) has been one of our most  exciting ones for some time – probably because it legit felt like we were in a rom-com, with the wedding ceremony only being the first act of the movie!

What’s better than one couple professing their intention to spend their lives together? Yup, two couples professing their intention to spend their lives together! A wedding photobooth was the setting for a proposal! The couple stepped into the booth and selected their props. The girl chose a pirate hat and her boyfriend went for a Pharaoh’s headpiece. The 5-second countdown started and just before it hit 1, he took a knee and whipped out a ring box. The entire moment, from her shocked expression to their kiss was captured in 3 awesome photos. We were so pumped to have been part of that moment.

We know, you may be thinking: “Wait, isn’t that inappropriate? Hijacking a wedding photobooth?” The thought did cross our minds, but we got the scoop from one of the bridesmaids later that evening. The boyfriend in question was also one of the groomsmen at the wedding and had asked the bride and groom’s permission to pull off this stunt. The wedding was the last event the newly engaged couple would attend together before the girl flew to Ireland the next week to start a new job. While they had agreed to keep their relationship going long-distance, the guy felt he needed her to know he was all in before she left.

During the waiting around period between the main course and the dance, the guests’ attention was diverted to one of the tables near the front of the venue. A prolonged coughing fit from the groom’s grandfather had everyone worried and it was soon clear that he was choking on something. The great thing about weddings is that lots of adults attend them, and in a big room of people, someone is bound to be useful. A tiny woman speed-walked across the room, like Edward Cullen in Twilight, announced that she was a nurse and told people to give her space.

She was surprisingly strong and executed the most badass (OK, only) emergency response we’ve ever seen. Using the palm of her hand, she pounded out several painful sounding blows to the grandfather’s back, right between his shoulder blades, until a chunk of something (we didn’t inspect) flew out of his mouth. It was all very Grey’s Anatomy. He gasped, we clapped, she smiled modestly and it was all over in a few seconds.

The grandfather was fine and was soon provided with a reviving glass of whiskey, which seemed to do the trick. The hero of the hour was certainly the super swift nurse, and she was thanked with lots of hugs and glasses of champagne. When the first dance finally kicked off, we wouldn’t have been surprised if it happened in slow-mo, since everything else at this wedding had felt like a movie.

We were so entertained by the events at this wedding that the 4 hours we were booked for just flew by. It’s a deserving addition to the archive of our memorable photo booth stories.

If you want to see some more weddings or other events we’ve done, we have some great photos on our Facebook and Instagram pages. If you’ve got questions, we’d love to hear from you. You can also find out more about us and wedding photobooth hire on our FAQ page.

Enter your name and email address and we will send you a Summer Promotion coupon code!

Your coupon code will be in your mailbox within 5 minutes. Use it when requesting a quote :)